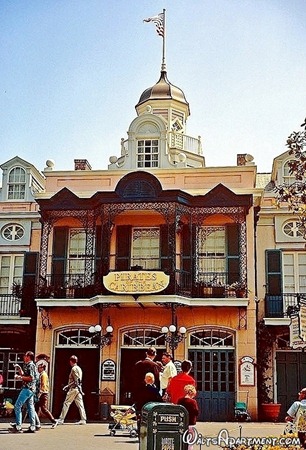 Because the club is private and so difficult to get into, for many years rumors and explanations developed about many things – including the name. Some of the more popular tales included the idea that by turning the numbers 33 on the side, they look like two M’s – for “Mickey Mouse”. Another is that Walt came up with the idea for Disneyland when he was 33 and this was his homage to the idea. Probably the most popular report was that the club got its name from “the 33 original sponsors of the Park.” Many people have pointed to flyers or brochures from 1955 showing 33 names of businesses that were involved with the park, but that is nothing more than coincidence.