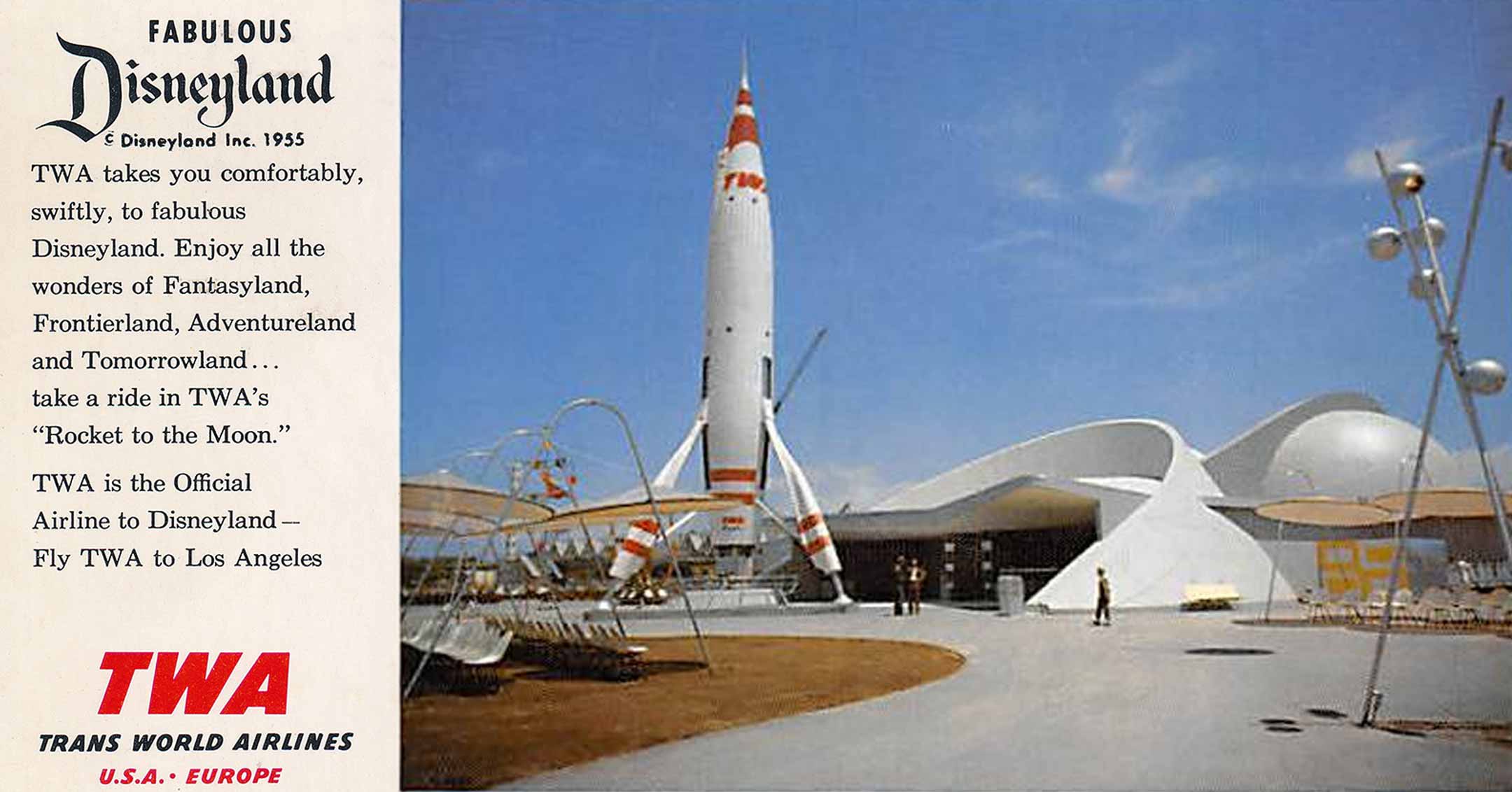 Although this is not in Disneyland, it’s a wonderful tribute to old Disneyland.

When Disneyland first opened, Walt had ‘weenies’ added to the Park to help attract guests into those areas. One of those ‘weenies’ was the TWA Moonliner at the back of Tomorrowland, to help promote the “Rocket to the Moon” attraction. It stood 80 tall, making it the tallest point in the park (prior to 1959, when the Matterhorn opened.)

TWA sponsored the attraction until 1961, and so the giant rocket was emblazoned with the TWA logo. Sadly, when “Rocket to the Moon” closed on September 5, 1966, the rocket and building were demolished. However… its memory lives on in Kansas City, MO, on the roof of the original TWA Corporate headquarters’ building! Back in the 1950s, TWA had a 32 foot tall version of the Moonliner built and installed on the roof, which made it easy to find and see the TWA offices. The model was eventually removed when the building was sold. But, after the old TWA building was restored in 2006, a new Moonliner was ‘readied for launch’ on the roof, at the corner of Baltimore Ave. & W. 18th St. in Kansas City, MO.

Happily, the original model from the TWA building was restored, and is now on display at the National Airline History Museum in Kansas City, MO.