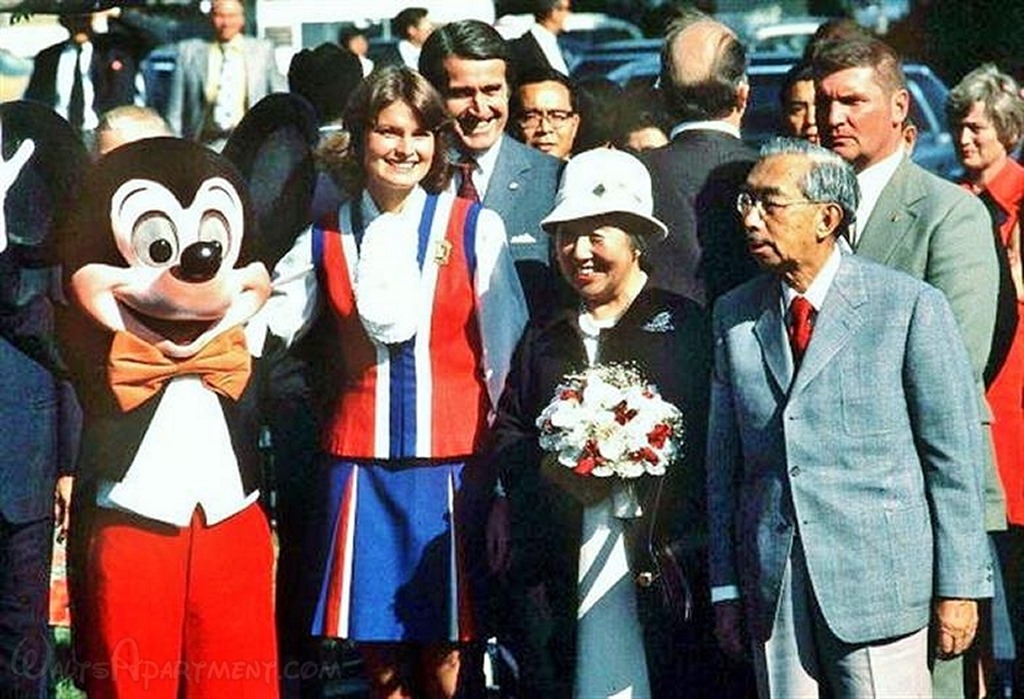 Emperor of Japan Michinomiya Hirohito (1926-1989) is primarily known to America for surrendering to allied forces during World War II in August 1945.

30 years later on October 8, 1975 he and his wife, Japanese Empress Dowager Nagako, visited Disneyland during a trip to the United States.

The couple were the first high-profile guests to ride in the new “Lilly Belle Presidential Train Car”.