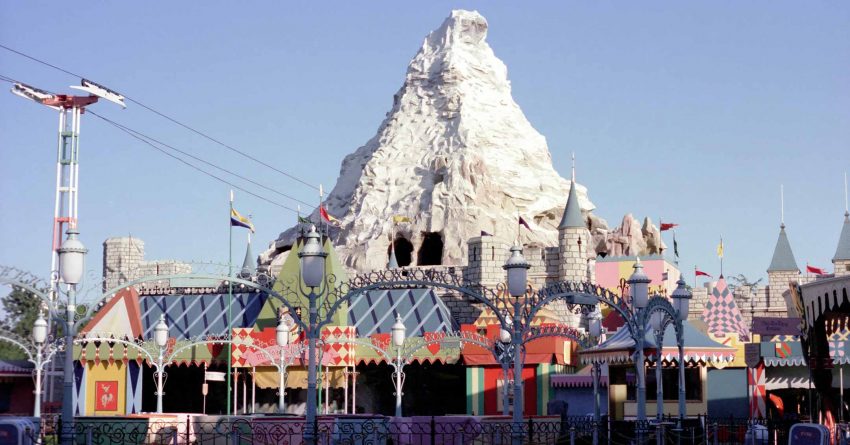 Many of you may already know about the basket ball hoop that resides inside Matterhorn Mountain, but as far as I can tell, very few know how it got there…

The current hoop was introduced back in 1985 by a young gentleman named Keith Wing. He was a free spirited guy who thought Disneyland would make a great summer job and happily accepted a position as one of the Matterhorn Mountain climbers.

All was well and it was shaping up to be a great summer for Keith, however one thing could have been better. After each climb was completed, Keith and his fellow climbers would be allowed a short break before making their decent. Unfortunately after several days of twiddling their thumbs inside the dark walls of the mountain, they became restless. Luckily they soon came up with a great idea to pass the time.

Inside the mountain was an old back board that had been installed back in the 70’s in which Keith had decided to add a proper hoop. So one day he took the hoop that hung over his mothers garage and managed to sneak it past security (ironically, which I’ll get to later). He then enlisted the help of the Matterhorn’s machinist to do the installation as long as he was able to use it as well.

The hoop was taken down for a short period of time after they accidentally put a foot through the rotted wood floor. As soon as the damage was repaired, the hoop went back up in it’s rightful spot and the climbers continued to enjoy their breaks shooting hoops. Little did Keith know, that his hoop would become a legend for many cast members and guests alike.

As for what became of Keith, his summer job turned into much more than he would have ever hoped for. He ended up meeting his wife Teri who was the Tinkerbell that flew down the mountain each night. 30 years later, both still work for Disney. Keith is one of the heads of Security at the resort and Teri moved on to The Walt Disney Studio. They have two beautiful children and they have lived happily ever after.