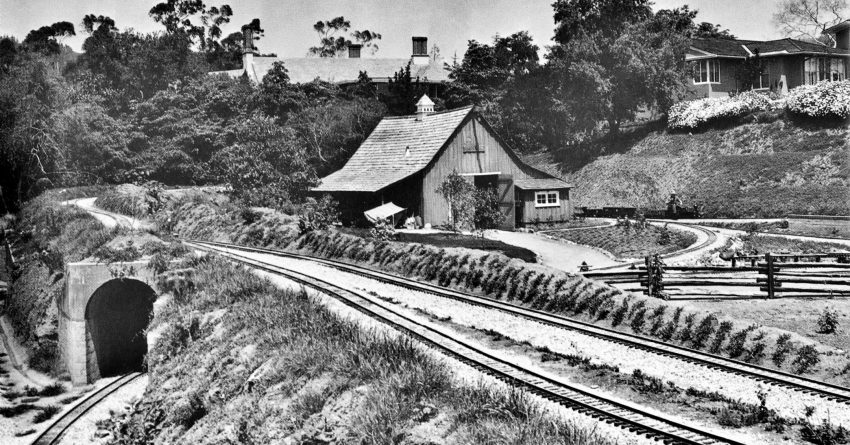 The photo on the right IS Walt Disney, but he’s NOT posing next to his miniature live steam engine CP #173 Lilly Belle – it’s actually a composite photo of the miniature and a full-size image of Walt. This synthesized photo was created by a MAPO employee who combined Roger Broggie’s photo of Walt and a fellow steam enthusiast, along with a photo he took of #173 Lilly Belle at the Disney studios. The image is so well done, people are fooled by it all the time. A copy is even hanging in Main Street Station at Disneyland!

On May 7, 1950 the #173 Lilly Belle took its first run around Walt’s Carolwood Drive property.